I’ve been using my assembly table for a couple weeks now and this weekend I felt it was time to try and finish it up. I don’t know why but my brain somehow managed to take that to mean let’s take it all apart and start over. Not completely start over but close enough. 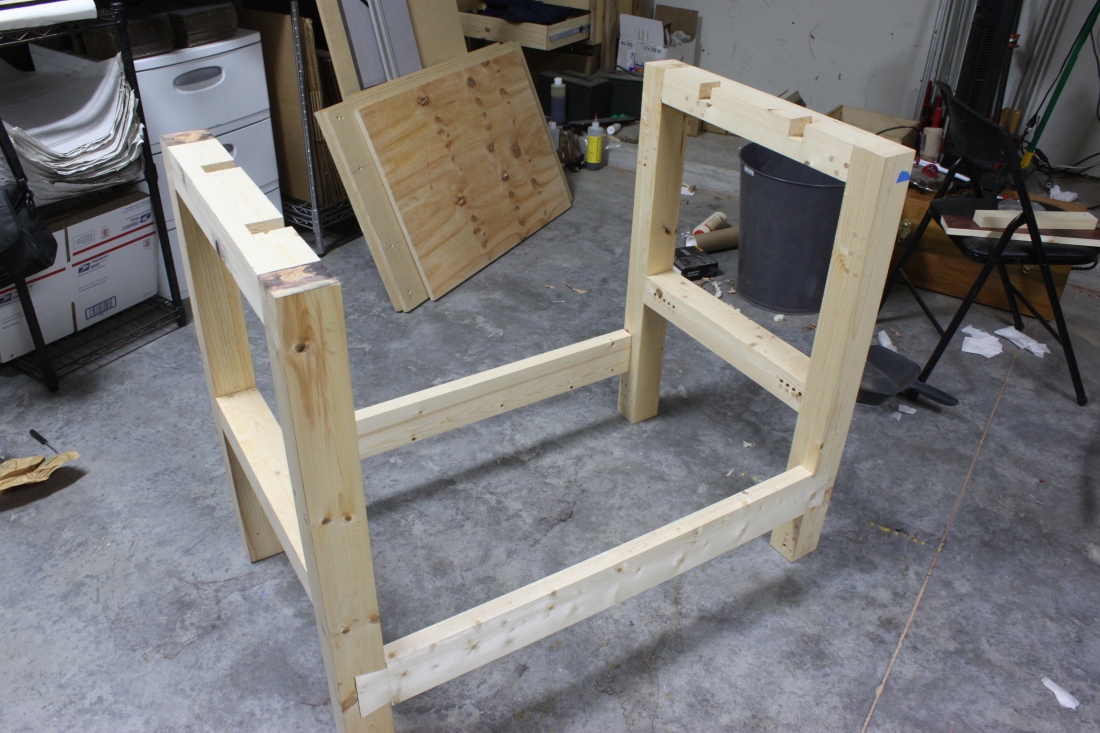 Like I had mentioned in my last post I never glued any of the joints so I thought that’s where I would start so I won’t be able to take it apart again. I had also mentioned using a hook type of mortise and tenon (not sure if it’s an actual type of joint) and didn’t get any pictures but since it was all apart I got a snap in. 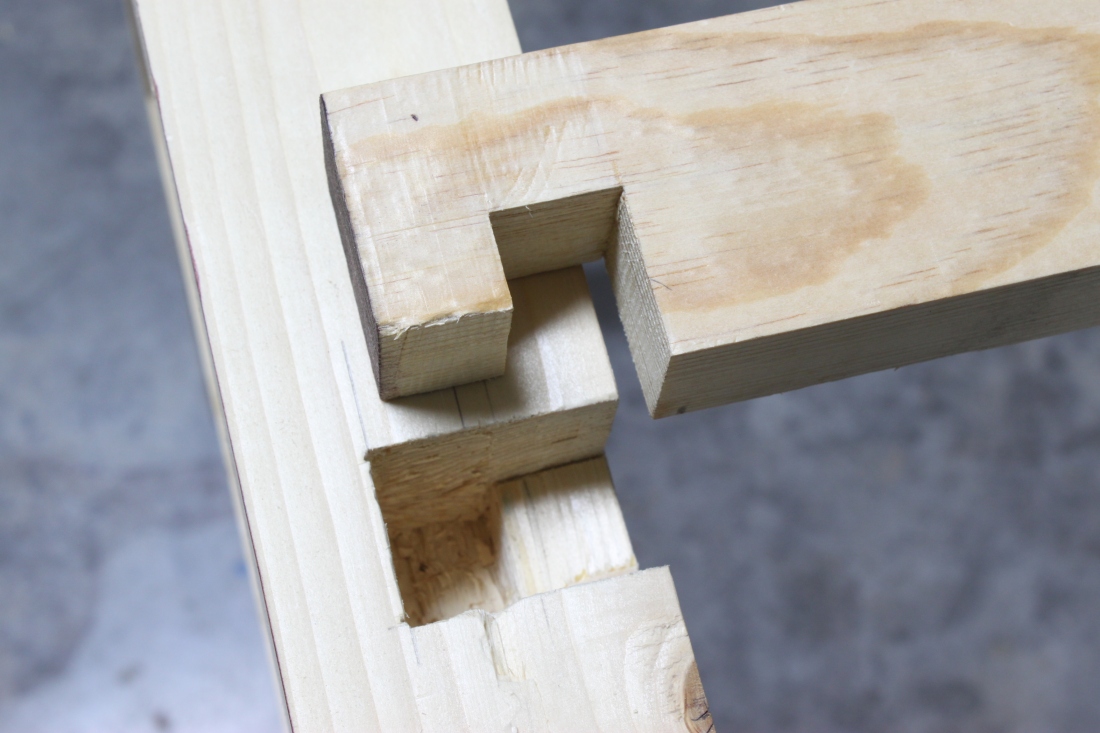 With everything glued up I decided I wanted to start on the cabinet portion. What seems like what should have been an easy solution actually took me about two days of brain storming. Again using only what I have on hand my idea just happened to work perfectly. It’s just two pieces of plywood that were already the perfect size to be notched to fit in the top rails. 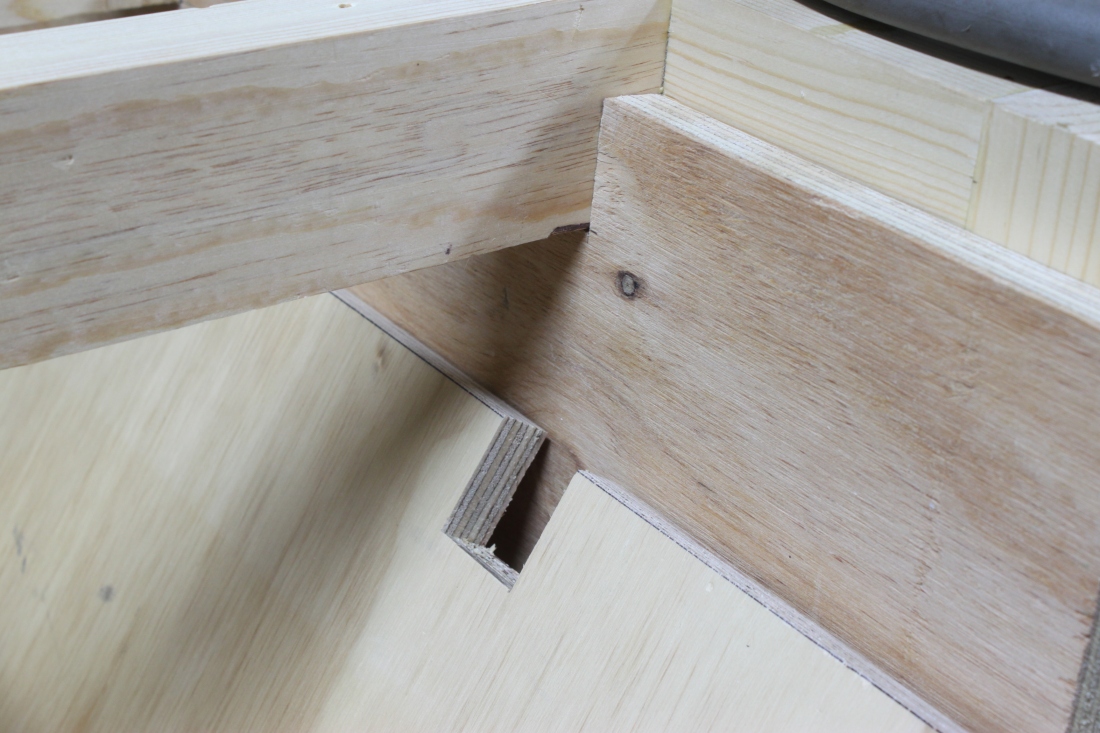 I don’t know exactly how tall they were since everything was just relative dimensioning. All I know is that they were tall enough to fit securely and short enough at add spacers on the top without interfering with the table top. 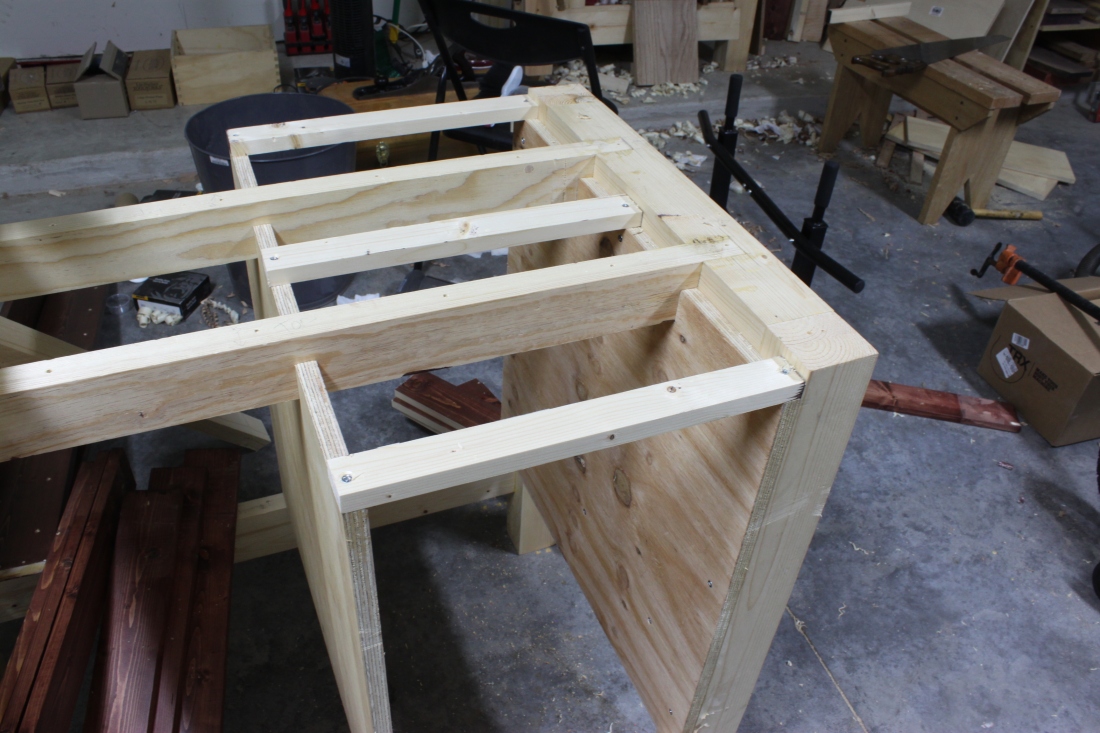 With the carcase done it was time to work on the the drawers. Again, being horrible at actually documenting as I work, I knocked out the first one without a single image of the progress. It all went together smoothly other than the fact that it’s a little narrow in the back. I measured about 1/8″ short but you can’t tell by just looking at it. 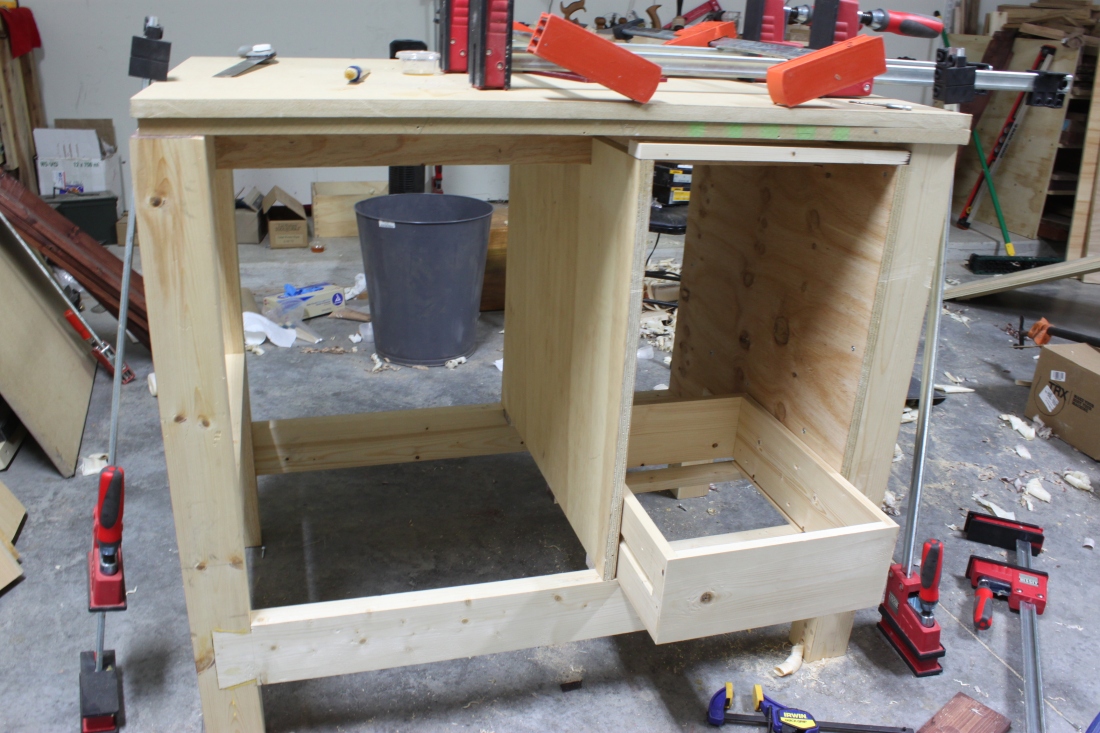 As you can see I still haven’t added a bottom but here’s one down, not sure home many more to go. It’s a little deep at 5-3/8″ but that’s what I had on hand and didn’t feel like ripping it down. I can just add a sliding tray later on if need be. Maybe one more this size and the rest with the 1×4 boards. Well the kids are down so I guess it’s time to head back out to the shop and start the next drawer.

2 thoughts on “Taking it All Apart”