If you read the last post you pretty much saw the completed top clamped. Here I’ll cover the dog holes and the top after it’s been cleaned up a little bit.

Making the dog holes was time consuming but not as bad as I had initially thought. I started out by first getting the angle of the hole with a bevel gauge. 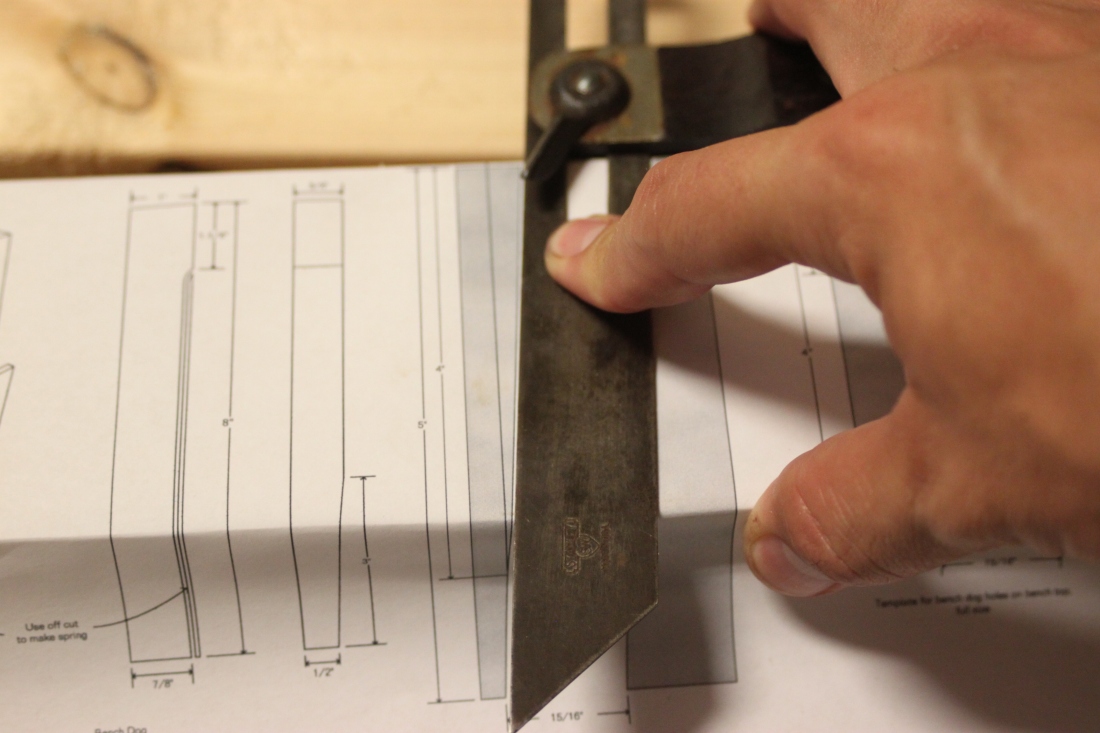 I used all the dimensions from the plan to layout each hole. 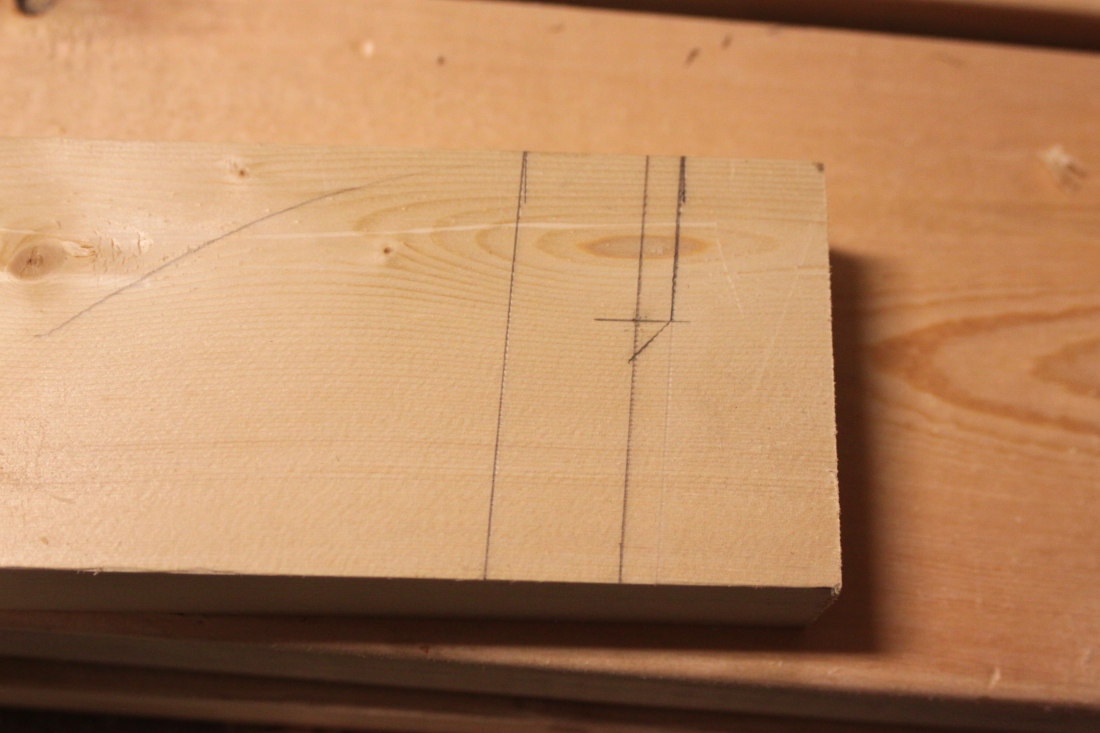 Each piece had a dado cut out first. Once done, I tried my best to cut as deep into the face of the dog hole so I could remove as much as possible, as cleanly as possible. 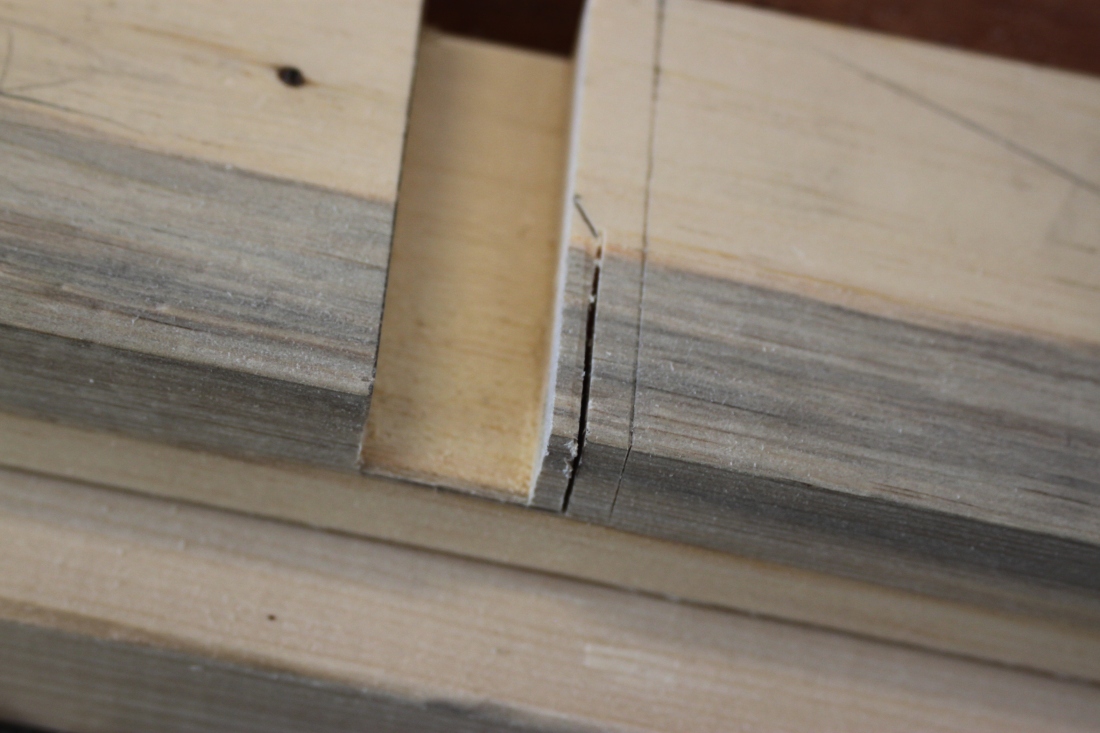 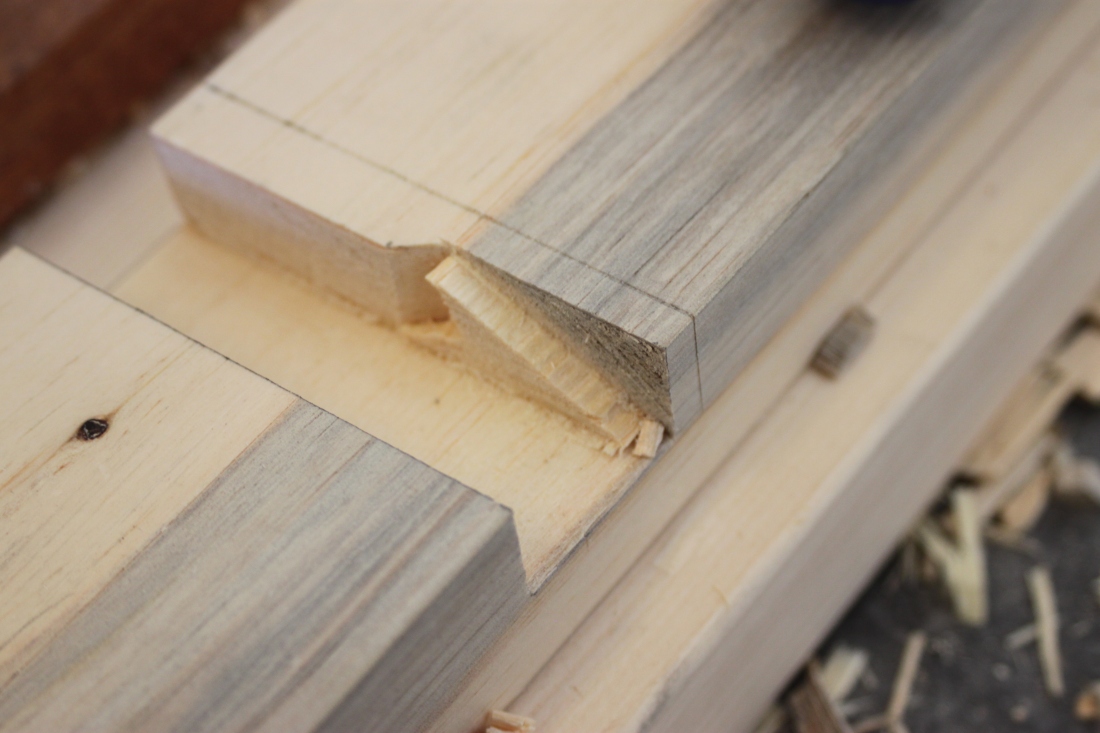 The rest was a matter of chipping out the remainder until all was flush with the bottom. 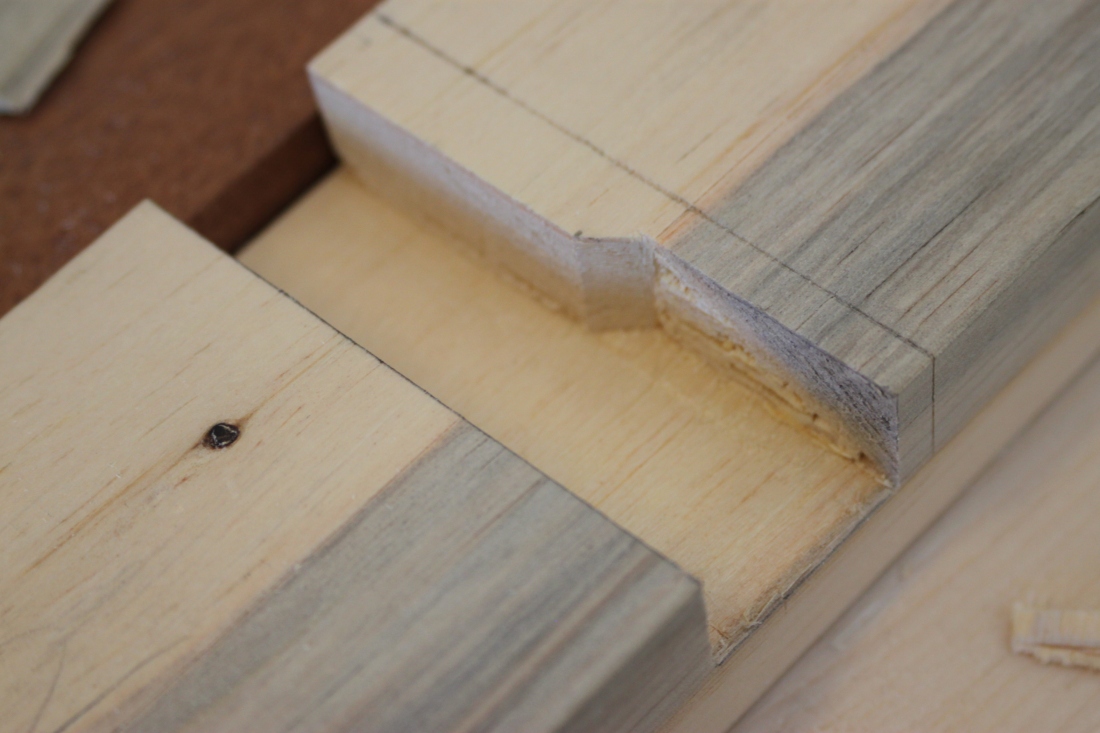 Now it was time to repeat those steps 8 more times. 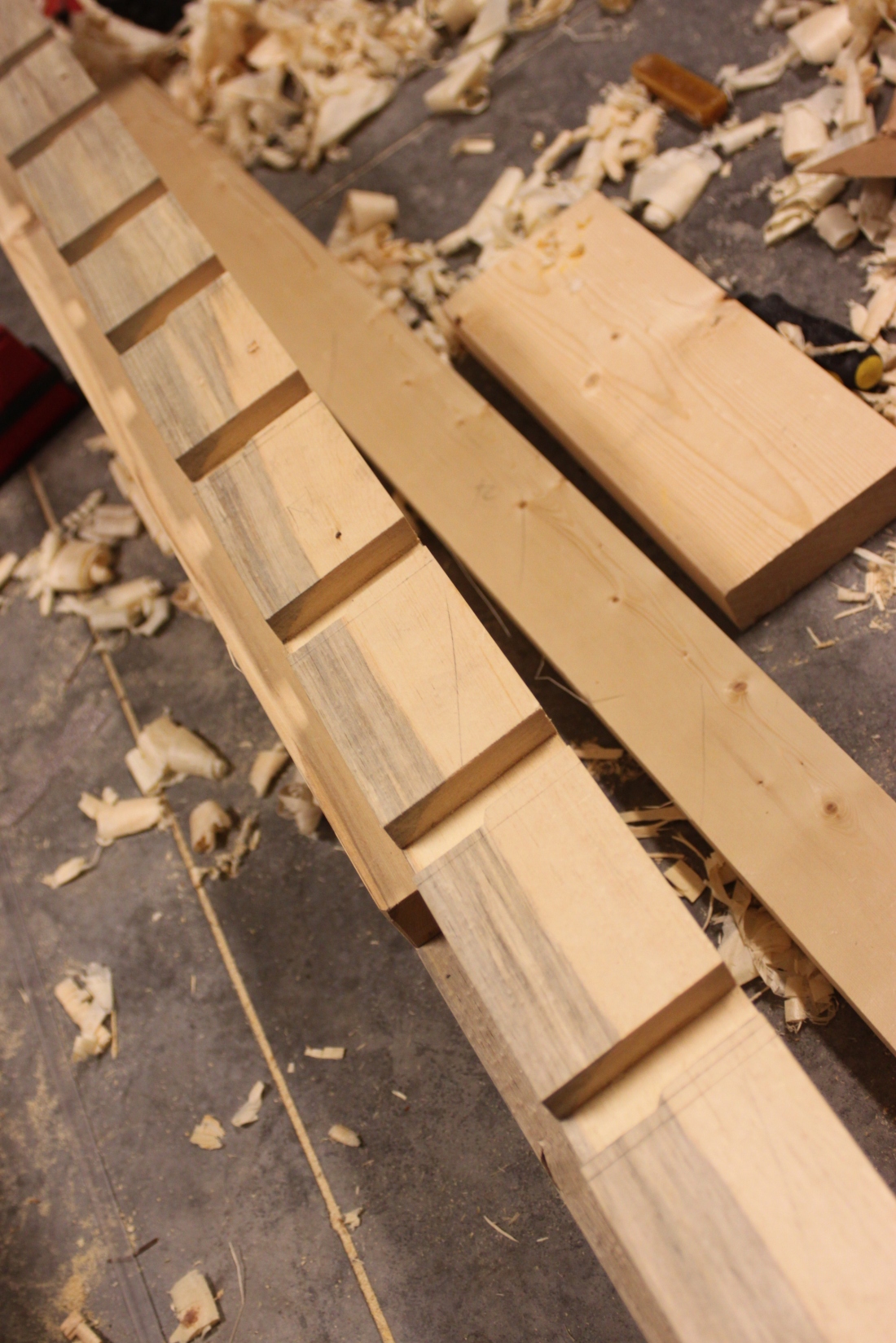 Skip ahead a bit and were back to everything being clamped up. Here it is fresh out of the clamps. 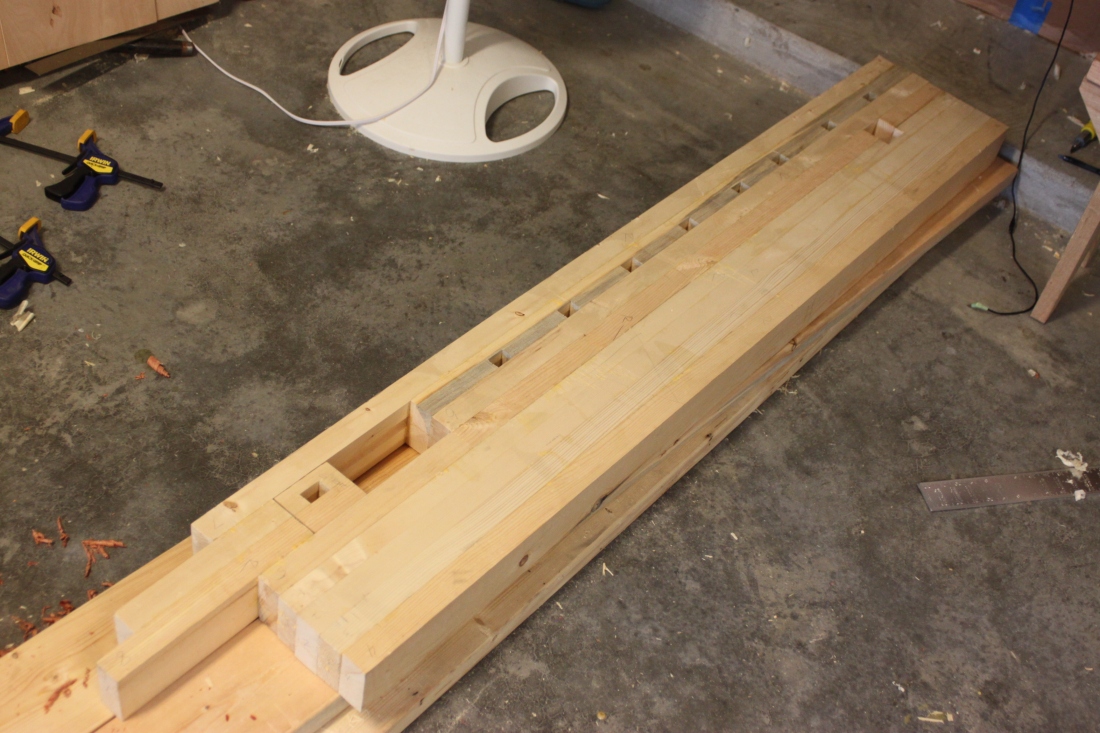 First task was getting the overhang cut flush with the rest of the bench. Then I wanted to find out how much things had shifted during the glue up. I pulled out my winding sticks and things didn’t look too bad. 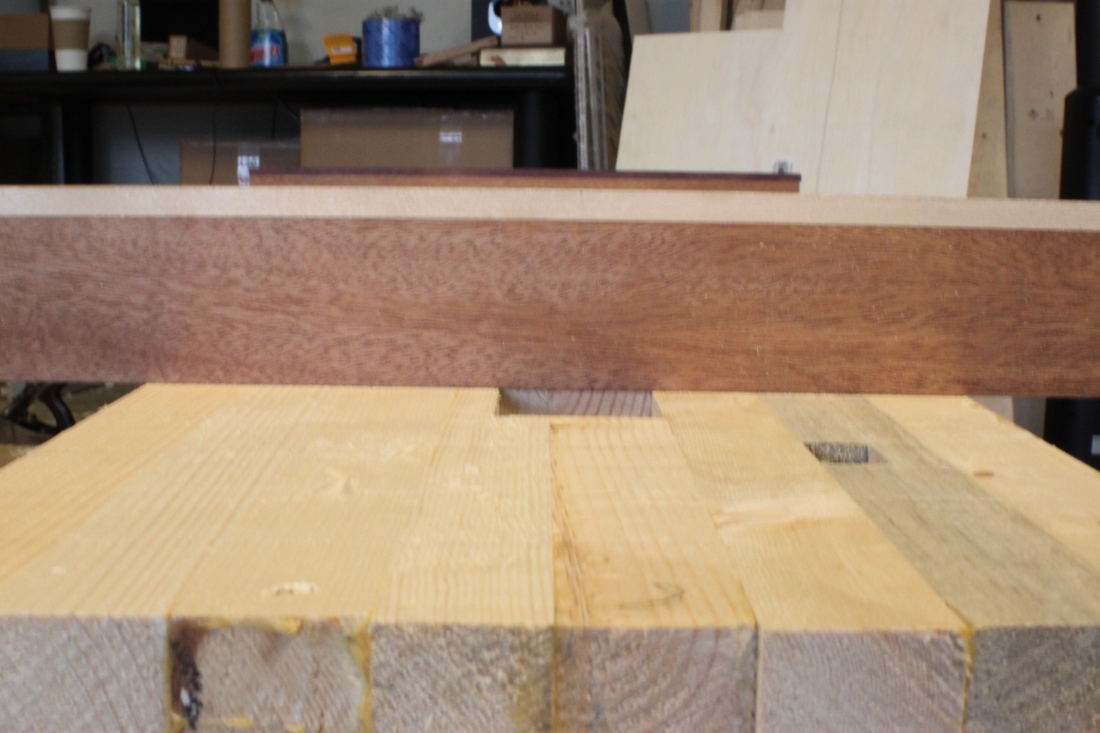 I planed the top 45° both ways, transverse and then finally along the length. The end result was looking mighty fine.

Here’s a close up of the wagon vise. While it would’ve looked even better if I hadn’t messed up, I’m real happy how it turned out. 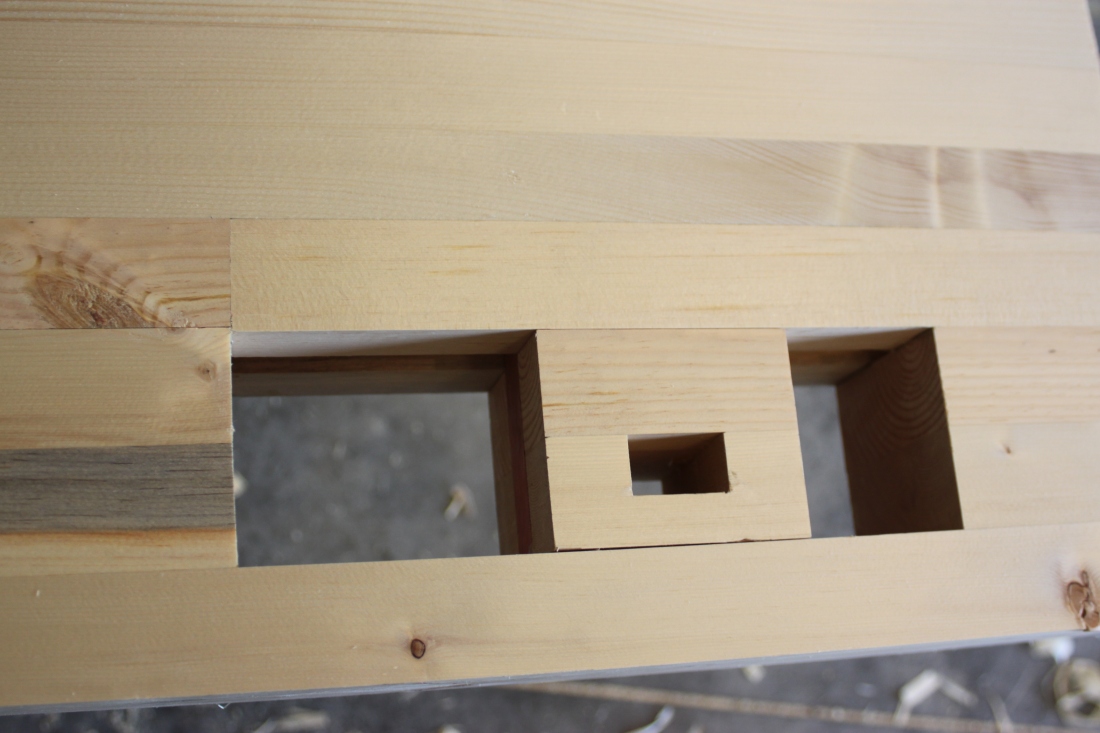 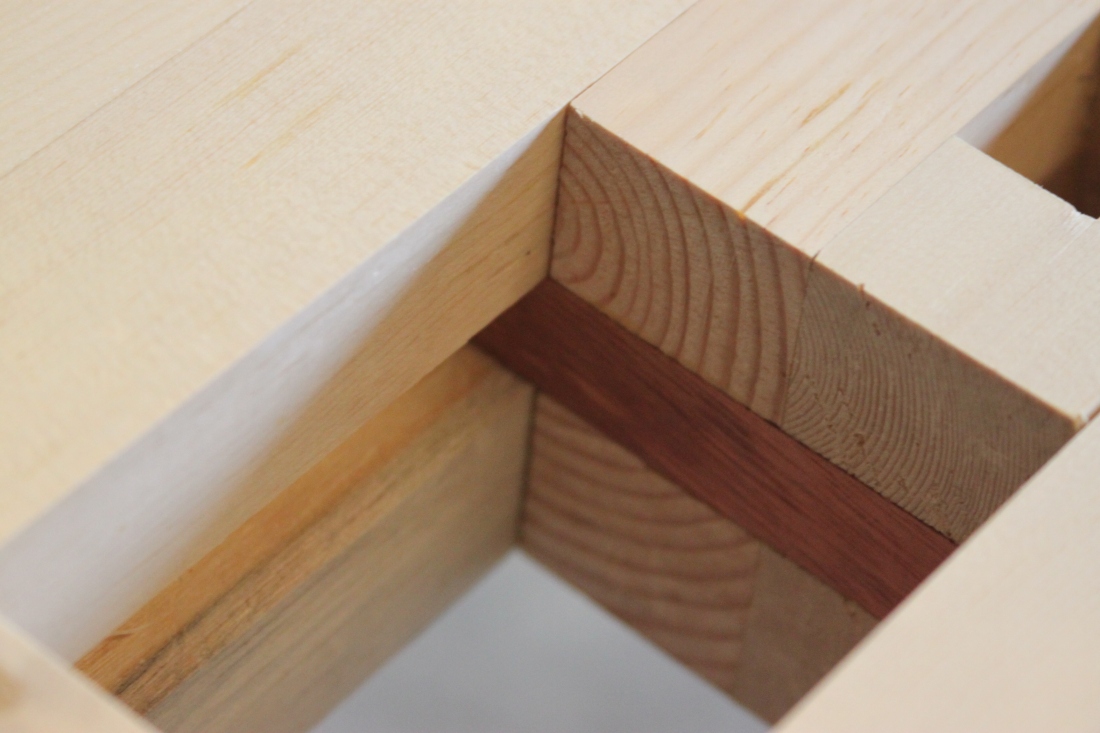 It hasn’t been flattened 100% nor has it been cut to it’s final dimensions and it won’t be until the other half is done. Probably not until it’s actually mounted on top as well. The only thing is that I don’t plan on finishing the top until the end. Time to start working on the base.