Just because I’m 2430 miles from home doesn’t mean I’ve stayed away from woodworking. I came across some extra cash when I sold my truck before leaving for Yuma so I’ve spent some time scouring the internet for some tools. I wasn’t sure want I wanted at first, some thing new or used. I thought about some new planes or upgrading my saw sharpening gear among other things but I’ve also had my eyes out for some specific used items.

My first purchase was a set of Russell Jennings auger bits. My first set of bits were awful but I didn’t mind. I won a bid on eBay for two braces and some misc auger bits. Out of all of maybe 15 bits, only 3 were salvageable. The rest were either bent, the spurs were completely worn down, or the threads on the tip were ruined. I decided to spend the money on a nice restored set and hopefully they are as good as they look. 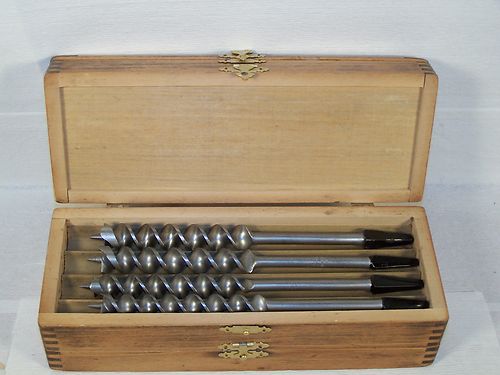 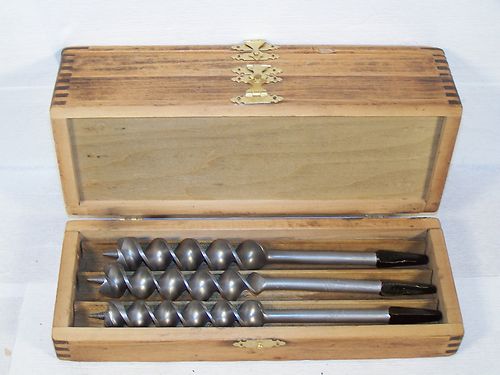 My next buy wasn’t intended at all. Actually I blame Mark Harrell of Bad Axe Tool Works. I have now acquired a nice little collection of his saws. If you follow his Facebook page you’ll know that he had a deal on guaranteed delivery by Christmas if an order was placed before the end of Sept. He was also raising the price of his saws $30 across the board and gave a couple weeks notice for those looking to buy before the increase. Luckily for me, it just so happened that he had a giveaway when he was just below 700 “likes”. He stated that those who help him reach 700 would get 10% off a saw for them and those who referred them. That’s when having a wife has helped in a woodworking way. We each got 10% off and the time seemed right to make my deposit. I ordered a 10″ dovetail and 10″ carcase saw to add to my collection which includes a 16″ tenon, 14″ sash and 12″ hybrid dovetail saw. Plus I couldn’t pass on his bronze backing and apple handles! I’ll be posting pictures when I get them!

Lastly was my biggest purchase. I’ve been looking into getting some hollows and rounds. If you’ve looked into new pairs from places such as M.S Bickford or Old Street Tool you know they are running almost $500! Half sets will set you back around $3500! While I would love a new pair (or better yet a Starter Set), the Marine Corps doesn’t pay me enough to drop that kind of money on new hollows and rounds. I started looking for used sets on eBay with no luck. I wasn’t looking for single pairs but sets. I can’t get myself to spend $500 on a single pair but I will on a half set even though I may not use them all at first or ever. The one half set I was willing to buy I did bid on but lost. It ended up selling for about $850. I turned my attention to another website that I came across a while back, Jim Bode Tools. This is actually the full website of one of the eBay stores I always end up on, 2lshark. One lucky day I found what I was looking for. A matching half set of hollows and rounds in great condition. Again, this is only verified by picture right now and I haven’t seen them in person yet but just look! 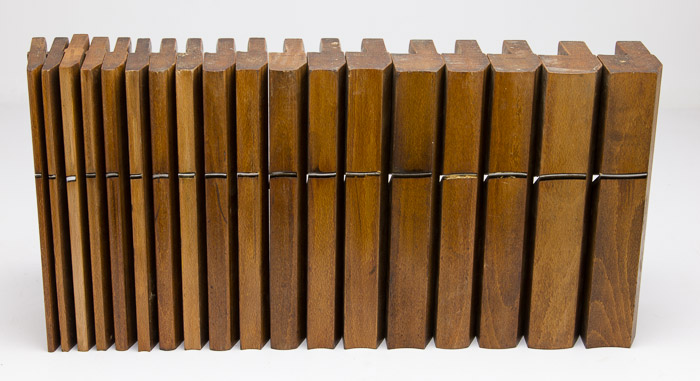 I have all these great toys at home and waiting for me. The saws may even be ready around that time. November 2nd can’t come soon enough!